The Canal du Midi connects the Mediterranean to the Atlantic. It is classified as a UNESCO World Heritage Site. It was Pierre-Paul Riquet, a native of Béziers, who came up with the idea in the 17th century and who financed almost all of this grandiose project at the time out of his own pocket. Louis XIV refused to participate in the financing of Cannal du Midi during Pierre-Paul Riquet's lifetime, but when the latter died, the Sun King finished financing the Canal du Midi and the inauguration took place in 1681.

Along the Canal, you walk along the towpath formerly used by horses that pulled boats loaded with goods or passengers. Now pleasure boats navigate this waterway of France and cyclists cross the South of France enjoying landscapes such as the garrigue, the Corbières, the Minervois and the Thau Lagoon. It is possible to start from Toulouse and go up to the Pont du Gard by taking the Canal du Midi and then the Canal du Rhône à Sète, then following the Gardon. 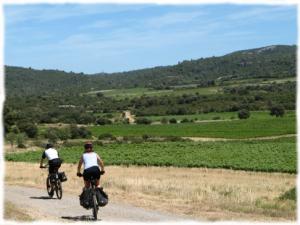 The Languedoc vineyards by bike 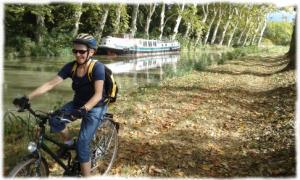 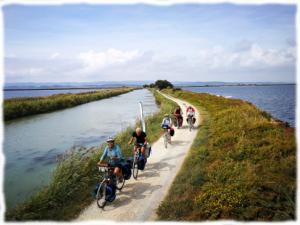 The Mediterranean by bike - Euro vélo 8

From the Pyrénées Orientales to the Camargue